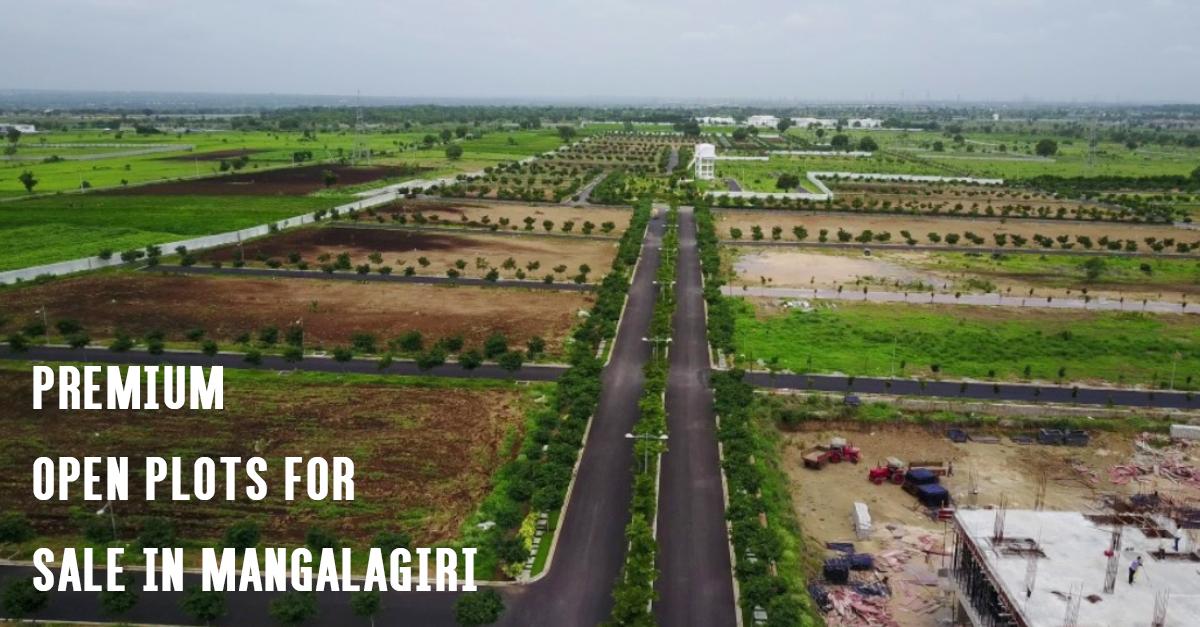 The fortunes of Mangalagiri in Vijayawada have changed for the better, ever since the formation of the new Capital region of Andhra Pradesh. The state of AP has announced that Capital Amaravati will be located close to Vijayawada. This has in fact led to a rush in investments alongside a steep increase in the prices of property in the city. Prices of real estate in Vijayawada have risen by over 25% in the last year.

NRIs have been a driving factor for having recently invested in property in & around Capital Amaravati. They are a big reason for the increase in real estate prices alongside big investments from local financiers & owners of transport companies. The jurisdiction of Vijayawada, Guntur, Mangalagiri & Tenali is currently a hot-belt where prices of the property have been soaring.

Almost 90% of the work has been completed on the cricket stadium at Mangalagiri. This is an exclusive cricket stadium which will be ready by the end of this month. This stadium will have a 30,000 spectator capacity & is planned to have 50 corporate boxes accommodating 20 persons each. This stadium is coming up at the cost of 110 crores & will be completely ready for an international match in 2019. Associated facilities like internal roads, lighting, dressing rooms, water & drainage will be simultaneously taken up along with civil works. This cricket stadium is coming up on 23 acres of land & will also include a clubhouse in the second phase of construction. This clubhouse will have a restaurant, open-air theater, badminton & squash courts, swimming pools & guest rooms. Another indoor stadium will come up adjacent to the main stadium. This was recently inaugurated by the current BCCI president. The Mangalagiri Cricket Stadium will also house the ACA Central Zone Academy.

Several real estate markets have recently been dull & seen fewer investments due to slowdown & high inflation. But NRI investment in real estate in Vijayawada & Capital Amaravati has seen an upward trend. In fact, the region had been experiencing an Rs. 125 crore investment every month. Nevertheless, this has gradually decreased & stabilized around Rs. 40 crores every month. NRIs now are largely interested in investing in premium open plots in & around Capital Amaravati.

Prices of real estate in Vijayawada have surged in just one year due to contributions of NRIs, investments of local transporters & transport companies. Investing in open plotting ventures has become difficult in the Capital Region. Prices have almost doubled last year along with the prime areas of Guntur & Vijayawada. Investments have pegged at higher prices & are being sold like hotcakes. Premium plots along the Vijayawada-Mangalagiri-Guntur highway are now available at higher ranges.

The surge in prices near the new capital region has led to intervention by the AP government because it can hamper plans to effectively build the new capital Amaravati. The government has taken steps like banning of converting agricultural land to villas. Naming hundreds of illegal layouts have been undertaken & AP CRDA certification is now required for plotting ventures to be legal. Unscrupulous investors are now prohibited from causing any inconvenience. Regulations have strictly put in place. Nevertheless, with these regulations in place investing in real estate projects is still lucrative in & around the AP Capital Region & being duped can be a day of the past.

The open plot is one of the most reliable investment

Unlike its counterparts, a premium open plot comes with numerous amenities such as fencing, roads, waste management, electricity connection, etc. A great plot is the foundation of a great real estate project. Own a premium open plot and start building a dream project.

You are one step closer to the property of your dreams! Stay Secure Stay Safe at all Time